What is Google Doodles And Its Images 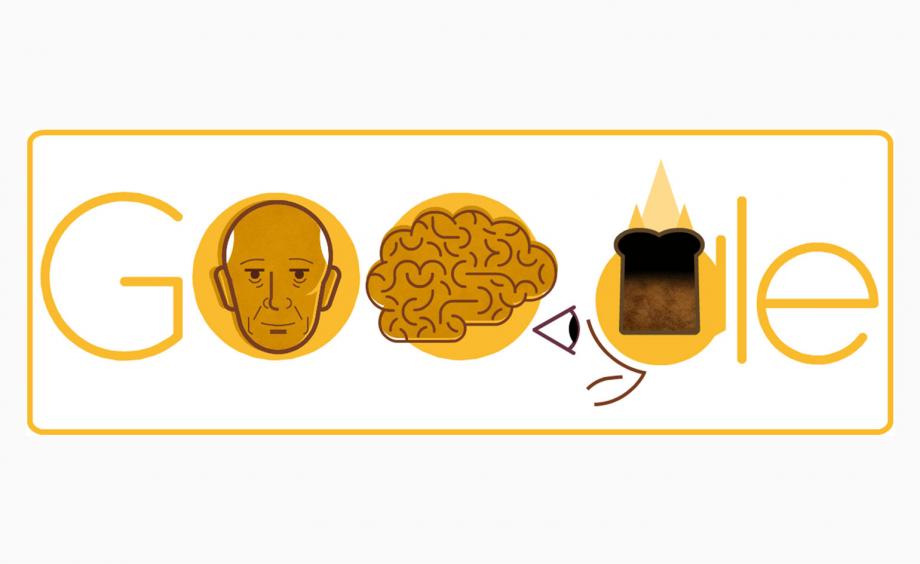 Google Doodles are a feature on the homepage of the company’s website that are often used to draw attention to global concerns, historic events, and festivities taking place all around the world.

Because it is used to conduct billions of searches each day, the homepage for Google Search is consistently ranked among the most visited websites on the whole globe. However, Google’s logo may be seen just above the search box, and the company will sometimes include a “Doodle” to provide an additional feature. These “Doodles” might be as simple as adding a new element to the standard logo, but more often they involve fully reimagining Google’s symbol via the use of creative inventions.

When did Google Doodles start?

The amusing graphics that can be seen on Google’s homepage have been there for longer than the existence of the corporation itself as a business entity.

When Google founders Larry Page and Sergey Brin went to the Burning Man event in Nevada in 1998, this is when they came up with the idea for the company. Putting a stick figure below the second “o” to indicate that the founders were “out of office” was all that was required for the very first Doodle. This figure was reminiscent of the one used for the Burning Man logo.

The burning guy appeared in the first Google doodle in 1998.

The concept of a Google Doodle developed further from then on out. It was requested of Dennis Hwang in the year 2000 that he provide a doodle for Bastille Day. Because people had such a positive reaction to that particular doodle, Google made the decision to put Dennis in control of the project going forward, which led to a significant increase in the frequency with which doodles were shown on the site.

Doodlers are the name given to the creative artists who are now employed by Google. Their only responsibility is to create the images that are shown on the homepage of Google’s website in every country in the world.

How often does Google make changes to its doodle?

In the early days of Google, the Doodle that appeared on the homepage was updated seldom. These days, however, the Doodle is updated many times each day.

The topic of a Doodle will often be determined by current happenings across the globe. For instance, in April 2020, when a pandemic caused by the coronavirus is affecting every part of the globe, Google will devote a two-week block of its Doodles to the “important” people who are assisting the world in continuing to operate normally despite the epidemic. This includes those who work in healthcare, janitorial labour, the food industry, and a wide variety of other professions.

Also Read What language is Google Docs written in?

When a holiday rolls around, Google will almost always have a special doodle for that day. Google will show a special “Doodle” for each location to commemorate a holiday or special event, regardless of whether it is a national or international celebration. When users click on the Doodle, it may sometimes lead to the appearance of a little game or interactive item, but the vast majority of the time, it only directs them to do a search about the relevant subject matter. To date in 2020, some significant doodles include the following:

A Google Doodle is a one-time-only, one-off modification of the Google logo that appears on the homepages of Google’s websites. These Doodles are designed to pay tribute to significant holidays, events, accomplishments, and historical personalities from certain nations. The very first Google Doodle was created by co-founders Larry Page and Sergey Brin in honour of the 1998 edition of the long-running annual Burning Man event, which was held in Black Rock City, Nevada. The Doodle was designed to alert users of the founders’ absence in the event that the servers crashed. After that, Early Marketing staffer Susan Wojcicki was the driving force behind following Doodles, such as a spaceship touching down on Google and various bespoke logos for significant holidays. Up until 2001, Google Doodles were created by a third-party contractor. In that year, however, Page and Brin encouraged Google’s public relations officer Dennis Hwang to create a logo to celebrate Bastille Day. Since that time, a group of workers known as “Doodlers” has been responsible for organising and publishing the Doodles.

In the beginning, Google Doodles were static graphics with hover text that either provided a description of the topic at hand or wished users a happy holiday. They were neither animated nor connected to other websites. The beginning of the 2010s saw a growth in the quantity as well as the level of sophistication of doodles. The first ever animated Google Doodle was a tribute to Isaac Newton in January of 2010. Shortly after that, a Doodle commemorating Pac-Man was created as the first interactive Doodle. Shortly after that, hyperlinks started being added to Doodles. These hyperlinks often go to a search results page related to the topic of the Doodle. By the year 2014, Google has published over 2,000 regional and worldwide Doodles across its many homepages,[8] many of which included featured guest artists, musicians, and celebrities. By the year 2019, the “Doodlers” team had produced more than 4,000 doodles for use on the homepages of Google websites located all over the globe.

Mary Somerville, Andy Warhol, Albert Einstein, Leonardo da Vinci, Rabindranath Tagore, Louis Braille, Edvard Munch, Nikola Tesla, Béla Bartók, René Magritte, Norman Hetherington, John Lennon, Steve Irwin, Audrey Hepburn, Michael Jackson, Vladimir Dakhno, Robert Moog, Frankie Manning, and Akira Kurosawa are just some of the artists and scientists that have It just so happened that the introduction of yet another Google product, Google Maps, coincided with the highlighting of Lowell’s logo design. Google Doodles are also used to portray significant events that take place inside Google, such as the anniversary of the firm itself. [12] One of the other frequent themes of Google Doodles is the commemoration of historic events. One example of this is a design of a Lego brick that was created to mark the 50th anniversary of the interlocking Lego block. While certain Google Doodles are exclusive to the home pages of certain countries, others are shown everywhere on the internet.

The designers of Google Doodles are referred to as “Doodlers.” These “Doodlers” include illustrators, engineers, and artists. Artists such as Ekua Holmes, Jennifer Hom, Sophia Foster-Dimino, Ranganath Krishnamani, Dennis Hwang, Olivia Fields, and Eric Carle have been known to engage in the practise of doodling in the past.

Doodles that are both interactive and video-based

Google introduced their first interactive logo to the globe in May of 2010, coinciding with the 30th anniversary of the release of the arcade game Pac-Man in 1980. This logo was developed in collaboration with Namco. Playing Pac-Man on Google’s logo, which included the letters of the word “Google” on the game’s labyrinth, was available to anybody who visited the search engine’s website. In addition, the noises that were created by the arcade game were replicated in the logo. A button labelled “Insert Coin” has taken the position of the previous “I’m Feeling Lucky” button. You were able to hear the Pac-Man logo if you pressed this button once. After pressing it a second time, Ms. Pac-Man was introduced as a second player, making it possible for two people to play the game at the same time. The keys W, A, S, and D were used to control Ms. Pac-Man, rather than the arrows that Player 1 had been using. When the button was pressed a third time, a “I’m Feeling Lucky” search was carried out. After that, on May 23, 2010, it was taken away, and the standard logo was introduced in its place of Pac-Man. Due to the high demand from users for a playable version of the Google logo, Google eventually [24] an a permanent website where users can play Google Pac-Man (by clicking on the symbol at the top of the page). It is believed that one billion people all around the globe played Pac-Man Doodle.

Since then, Google has continued to make sporadic posts of interactive and video doodles, such as the following:

observances of many religions

Google has come under fire for what is seen as inconsistency in the company’s approach to the application of its policy surrounding religious holidays, most notably for the fact that it does not publish Doodles for key Christian festivals. Critics have pointed out that the company recognises the Jewish and Hindu holidays of Tu B’av and Holi on an annual basis, yet Easter has only been honoured with an official Google Doodle once, in the year 2000. (and a themed homepage in 2019). Christmas is not expressly commemorated by name; rather, since 1999, a Doodle with a seasonally festive and/or wintry theme has been featured every year on December 25. Since the middle of the 2010s, Google has also repeated their December 25 doodle on January 7, which is the date for Christmas in the Eastern Orthodox Church. However, the word “Christmas” has never explicitly been used; instead of “Christmas” or “Eastern Orthodox Church,” the terminology “holidays” and “Eastern Europe” is used. This has been the case since Google began repeating their December 25 doodle on January 7.

Easter was celebrated with a Google Doodle for the first time in the year 2000, but the company did not make any reference to the event on its site again until 2019. On Easter Sunday in March 2013, Google decided to honour the American activist Cesar Chavez with a Doodle instead of honouring Easter. This decision drew some criticism.

In 2019, after an absence of eighteen years, Google revived its annual Easter “Doodle” tradition by publishing an unorthodox illustration on the desktop-only edition of their site. Users had to click on the “I’m Feeling Lucky” button, where “Lucky” is replaced with an anthropomorphic Easter egg,[105] which triggered a falling array of Easter-themed items such as eggs, bunnies, and hot cross buns. This was different from what is seen in virtually all other Doodles, which alter the Google logo itself in the presentation of the Doodle. Some of these items were hyperlinked, leading to a detailed page about Easter customs. Google’s official Doodle archive page originally contained an unlisted entry for the 2019 Easter Doodle, which has since been removed. [source: missing citation] Notably, the 2019 Easter-themed homepage was not visible from mobile devices unless the “Desktop mode” option was triggered on the mobile browser, leading to the majority of users not ever seeing the “Doodle”. Danny Sullivan, technologist with Google involved with the Easter-themed homepage, responded to an inquiry about its absence on mobile by saying it was “hard to do the interactivity dependably

In 2020, Google once again celebrated Easter atypically on its homepage, but not as a Doodle. An Easter egg was placed below the “Google Search” and “I’m Feeling Lucky” buttons, with hovertext indicating “Happy Easter”. When clicked, the egg led to a search results page for “Easter”. This is similar to how Memorial Day and Remembrance Day have been recognized by the company in the US.

Essential Guidelines: Selecting a Contract Staffing Firm for IT Company

Picuki or Pocuki- The Definitive Guide

What is Online Sports Betting?