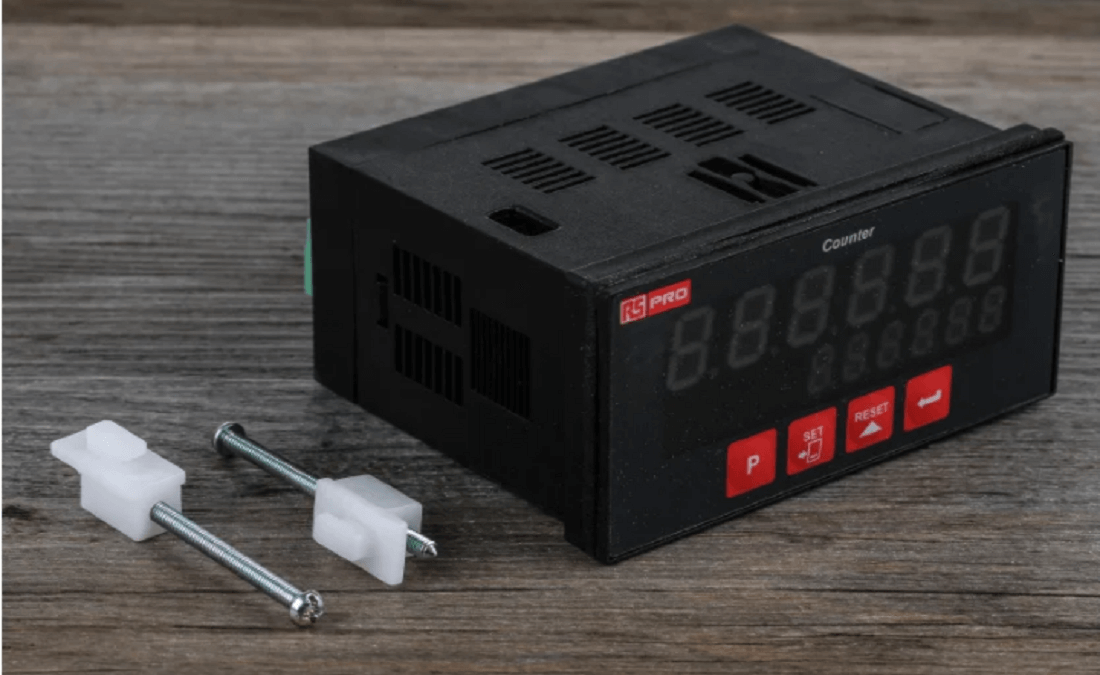 Electronic counters play a critical role across industries, automating everything from timers on washing machines to alarm clocks. Their key purpose is to store (and often display) the number of times a process or event has occurred, with broad applications.

This article will discuss what an electronic counter is, how the devices work, and briefly touch on the different types available today. This information will help you make a more informed decision when investing in new electronic counters for your business.

What is an electronic counter?

Electronic counters feature in various digital electronics, such as computers, cell phones, and video games. You’ll also find them in analogue devices like watches and clocks.

Depending on your industry and required applications, you’ll need to choose a distinct type of electronic counter. We’ll talk more about making the right choice later in this article—but first, let’s dive into how the devices work.

An electronic counter is a device that counts the number of times an event has occurred and displays the resulting count. Counters can be either synchronous or asynchronous.

The counter circuit is the component that makes up an electronic counter. It is made up of flip-flops, which are circuits that can store one bit of information at a time.

Choosing the right electronic counter for your industry

Now, let’s talk about a few counter types and their popular uses.

Ripple counters: Ripple counters (or asynchronous counters) use a series of exclusive OR gates which count up by one each time the input changes from 0 to 1 and back again, but they do not reset when the input returns to 0. They’re the best option for low power and low noise emission applications.

Decade counters: Unlike other counters, decade counters use decimal digits instead of binary numbers. They work by counting from zero to nine and resetting to zero. When the reset line pulses low, the counter sets to zero—then, on each clock pulse, the count increments until it reaches nine (or in binary, 1001). Some popular applications of decade counters include clock division, clock generation, and within frequency counting circuits.

A quick summary of what we’ve learned